Tae  Kwon  Do (also known as Taekwondo) is the art of self defense that originated in Korea. It is recognised as one of the oldest forms of martial arts in the world, reaching back over 2,000 years. The name was selected for its appropriate description of the art: Tae  (foot), Kwon  (hand), Do  (art).

Who Can Learn Taekwondo?

Anyone at all can learn, enjoy and gain the benefits of Taekwondo, male or female, large or small, strong or weak, young or old…you don’t even need any prior knowledge of martial arts.

The movements in Taekwondo are designed with a specific purpose in mind. Many movements involve beneficial stretching of the arms, legs and torso and regular practice of the Art will increase your level of aerobic (heart and lung) fitness. Also, the mental aspects of Taekwondo enable you to develop a far more peaceful attitude to life in general.

Family Taekwondo is non-contact. Taekwondo is regarded as one of the most dynamic and effective Arts of self-defense. During training all techniques delivered by all parts of the body are properly executed and well controlled. This means that there is no injury as a result of uncontrolled blows during training but you will also learn how to deliver full-powered blows in defense of yourself or your family. 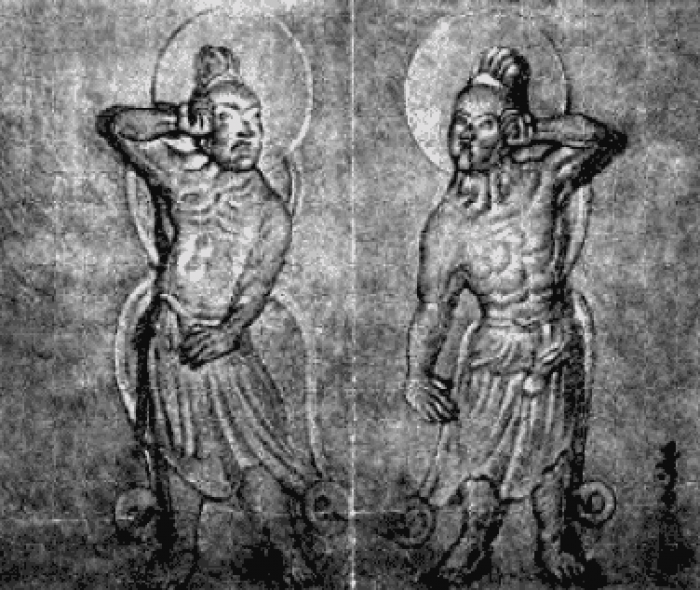 One of the earliest clues of Tae Kwon Do’s existence is a mural painted on the wall of a tomb that was built in the Korean kingdom of Koguryo, between 37 BC and 66 AD. The drawing shows two unarmed figures facing each other in a Tae  Kwon  Do style stance. Additional drawings in the tomb show figures performing blocks and wearing uniforms similar to those used in modern day Tae  Kwon  Do training.

The advancement of Tae  Kwon  Do and its techniques developed as the country of Korea developed. There are examples and history of Tae Kwon Do training in virtually all the records of the different kingdoms that existed within the country throughout the centuries.

The highest form of the ancient art was achieved in the kingdom of Silla. This tiny kingdom constantly faced attacks and opposition from larger and stronger areas. As a result the ruler of the kingdom, King Jin Heung, established an elite group of warriors called the “Hwarang” or “Flower of Youth”.

The Hwarang consisted of the sons of nobles within the kingdom. They were carefully selected and formally trained in all aspects of military skills including unarmed combat, which at the time was known as Tae Kyon. It is significant that the Hwarang were taught not only the importance of developing their bodies, but their minds and spirits as well. The Hwarang gained skills not only for battle, but for daily life. This relates directly to modern Tae  Kwon  Do training, which provides self defense skills as well as improved character, self-discipline, and confidence that can be applied to any task.